The cumulative distribution function is a function that gives the probability of occurring something for AT MOST a number of times. It can be said another way: Mathematically (from Wikipedia),

The CDF of a continuous random variable X can be expressed as the integral of its probability density function ƒX as follows:

Your options are not limited to only Probability Mass Function or Survival function when using a data table for modeling a probability distribution.

You can prepare a table that represents the Cumulative Distribution Function of your desired probability distribution. Select the CDF table radio button as shown below: 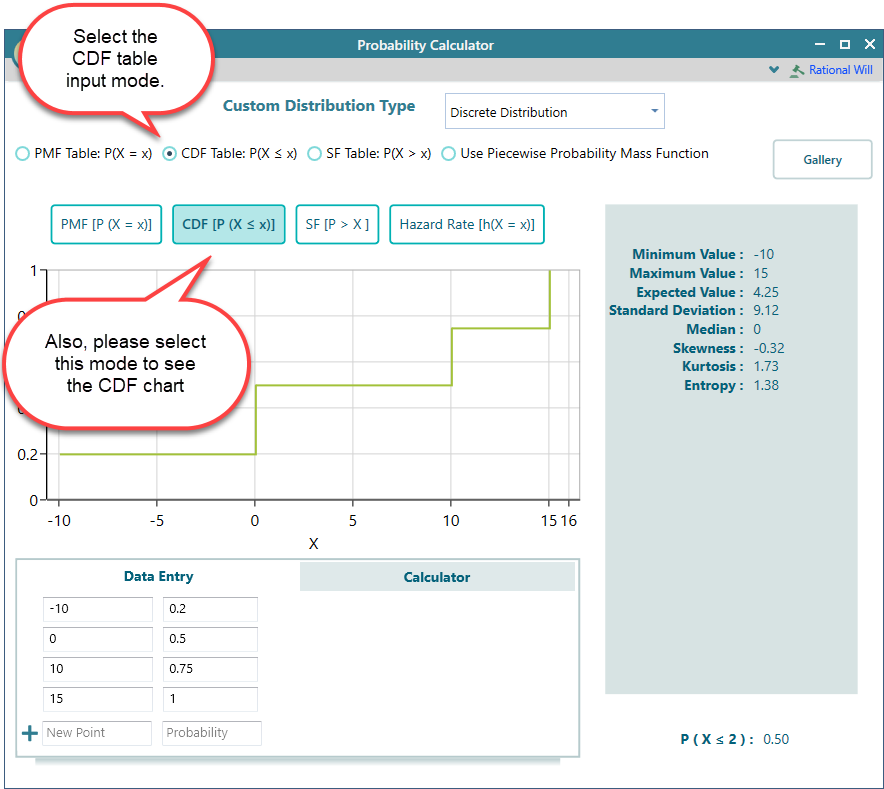 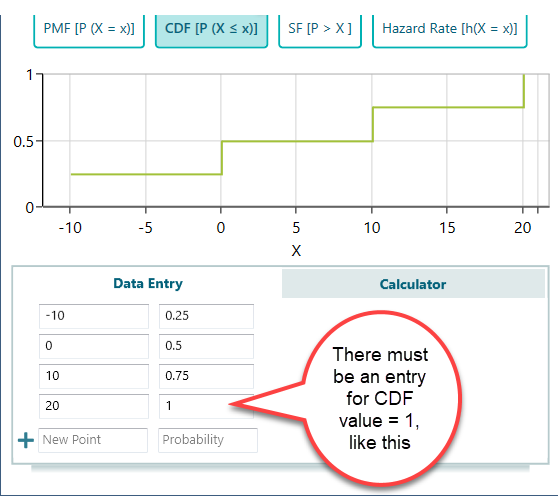 CDF is a Nondecreasing function.

A function f(x) is called non decreasing function, when, for any 2 values of x, say a, and b,

Cumulative Distribution Function is a nondecreasing function. Therefore, in a CDF table, the CDF value for an entry must be equal to or higher than the CDF value of the previous row.

If you do not enter values in the CDF table according to this rule, then you will see an error message like this: 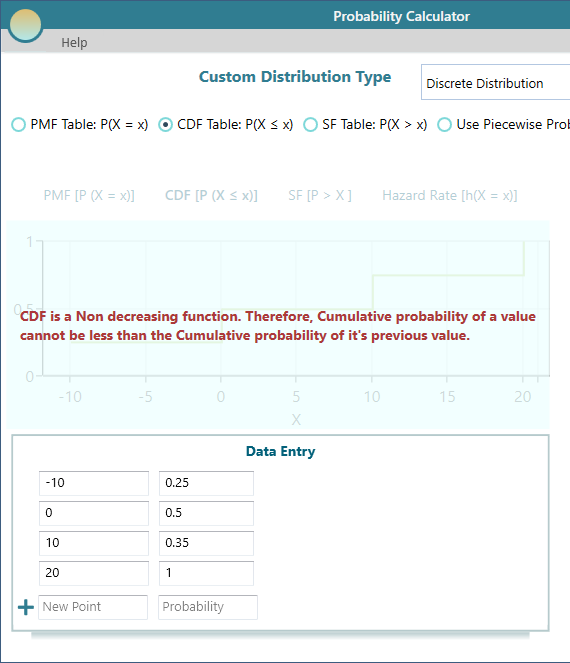 Last updated on Feb 16, 2020
Modeling with Survival Function
Index Page
Getting Started
This website uses cookies to ensure you get the best experience on our website.