In Bayesian Inference, you can have a set of hypotheses and not necessarily they need to be mutually exclusive. For example, say, your car is not starting. You have a hypothesis that,

A) The battery is down
B) The Fuel is stolen
C) Spark Plug is damaged
D) Fuel is run out. 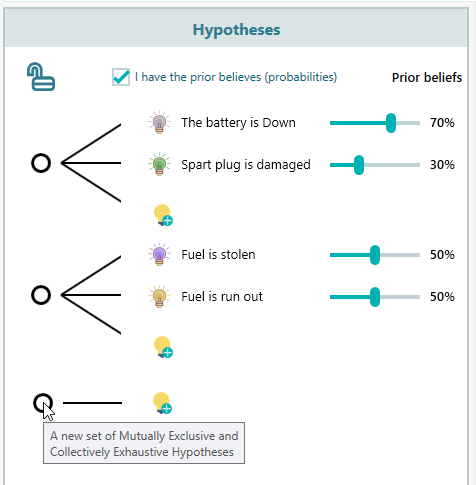 Once you lock the "Lock Button", it will look like this.

Last updated on Aug 25, 2018
Getting Started
Index Page
Modeling Base Rate Fallacy
This website uses cookies to ensure you get the best experience on our website.