Usually, for the sake of simplicity and easy modeling, we stick to 2 state variables in a Bayesian Network. That's how the default mode is used in Bayesian Doctor. For example, notice the following Sprinkler example, we have 3 random variables and all of them have binary states "True" or "False" 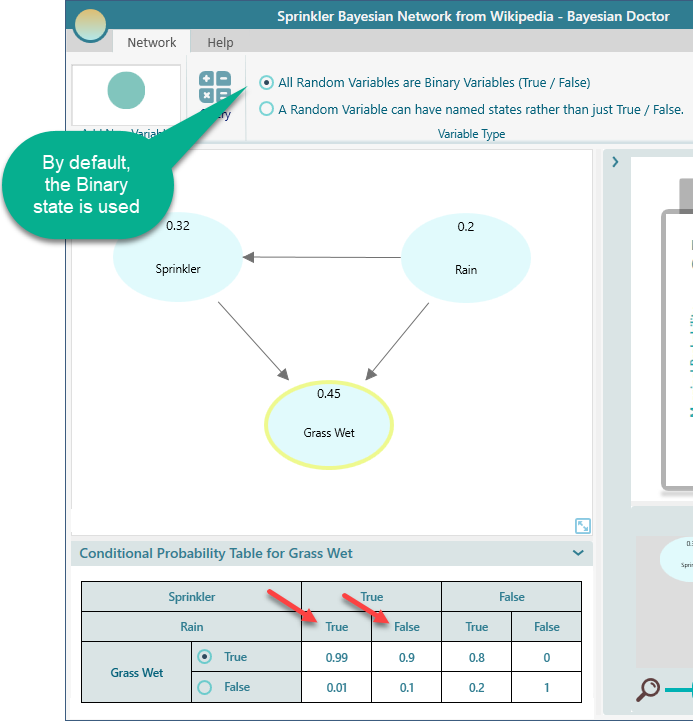 There are many benefits to sticking to 2 state variables. Conditional Probability Table becomes easy to maintain and simple. If the number of variables is high and if the variable's multiple states are tracked, it can be very difficult to work with that Bayesian network model. In Bayesian Doctor, when you have binary state variable, and when you edit one state probability, the other state's probability is automatically calculated.

But you may be interested to model a variable with more than 2 states. For example, say, you want to define 3 states for Rain. "High", "Low", "Moderate". It is possible to use more than 2 states using Bayesian Doctor. Just check the following radio button. 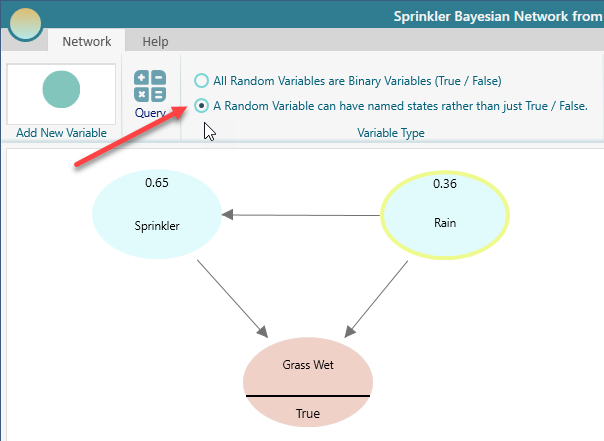 Once you do that, you can edit the state name of the variable by double-clicking the text.

Say, you added 3 states for Rain. "High", "Moderate" and "Low". Your Conditional Probability Table will look like this: 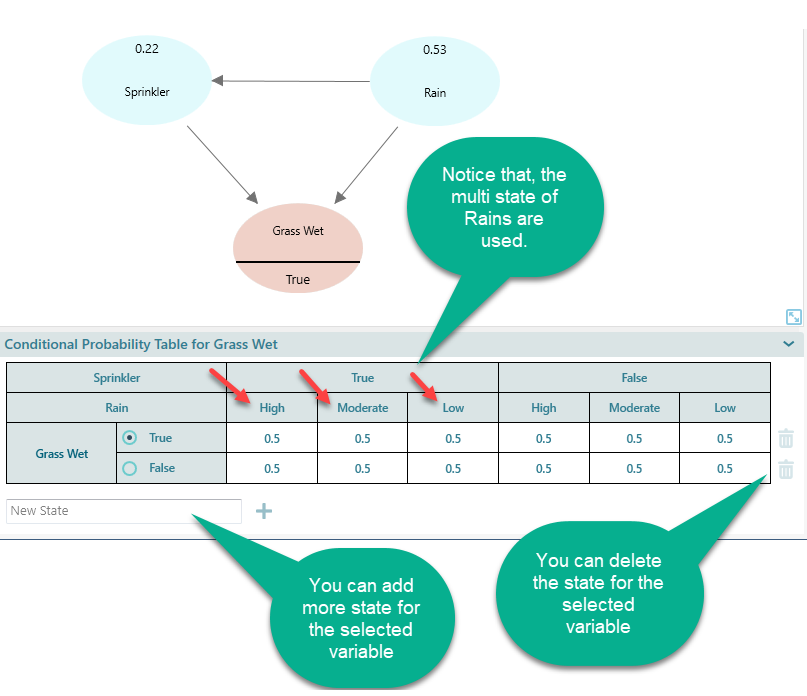 Last updated on Aug 25, 2018
Getting Started
Index Page
Working with a big Diagram
This website uses cookies to ensure you get the best experience on our website.